Mom and dad still wouldn't be home for several hours and you're bored. You want to play with someone but only your big sister is in the house, and she had her no entry sign up on her bedroom door.

She never played with you anymore, spending all her time in her bedroom without being disturbed. Both she and your parents had warned you against disturbing your sister's "special alone time."

To you it was a mystery as to what she got up to, more so a mystery as to why your parents were so angry when you thought to try and disturb her. When she was in her room, all you could hear through night and day was the thumping of music played loudly. When closer to her door, you could hear her, panting and grunting. Sometimes it sounded like she was screaming.

It upset you to think she was upset and alone at that. With no parents around, now was your chance to finally spend time with your sister. Drawing closer to the door, the music loudened, and through the pounding fast and exciting song you could hear her voice, whispering to herself, whimpering, groaning and huffing.

"Hey!" You call out just as your hand turns the door knob slowly, pushing open the door. "I was wondering if you wanted to play with-" Your speech was cut off as all of your senses were bombarded. The room was a dark tint mix of red and pink, blurring your vision. Your ears were partially deafened by the intense thumping music, and a vile mixed aroma assaulted your nostrils.

As your vision cleared, you looked along the floor to see several wet puddles dotted around the room, colourful toys scattered, as well as tissue paper scrunched up and littering the floor all around. There was your sister on her chair in front of her computer. The computer screen was playing a video.. It was hard for you to understand, but it looked like men and women all naked, it looked like they were hurting eachother, wrestling, they sounded in pain but they were all smiling so much.

"Can't stop... Can't fucking stop..." A frustrated voice, your sister's. Up until now you could only see the back of your head, but as you tried to back out of the room you fell on one of the milky looking puddles. Your sister's face came into view as she looked over her shoulder with some panic, but appeared then at ease as she saw it was you. "Can't... stop..." She'd whisper as she turned on her chair, turning her body towards you with her legs spread. You gulped hard as you looked between her spread legs, her penis standing up straight out from under her little skirt. It looked so red, so swollen and frustrated, just like your sister. It looked wet, covered in the milky mess that dotted around the room. "Need more..." Your sister whispered again as she slowly got up out of her chair. You'd never seen this look on her face before.

As she started to approach you, you struggled to get up on your feet. Just as your turned to dive out the door, you felt her stronger hands gripping on the back of your top, dragging you back inside. You cried out, begged her to let you go. "No... I want to play! Play with me! ♥" She laughed.

Your parents found you naked outside of her room on the floor, curled up and weeping. Your body was covered in the thick, milky cream. it dripped from your mouth, between your legs and from your behind. They didn't seem all that surprised, nor in shock, mostly just disappointed. "You know you can't go in her room when she's like that..." Your mother sighed as she cleaned you up and put you to bed. "Just... let your sister be. She won't hurt you if you do."

In the night you heard footsteps creaking closer to your bedroom door. Your heart raced, tears formed in your eyes as you knew what to expect, knew who it was slowly turning your door handle. You remember what your sister told you right before she pushed you out of her room like a toy she had finished with. "Tonight... Don't lock your door, don't wear your pyjamas, and don't you fucking dare tell mom and dad... We're going to play all night. ♥" 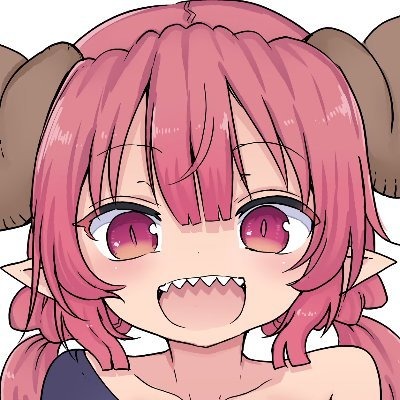 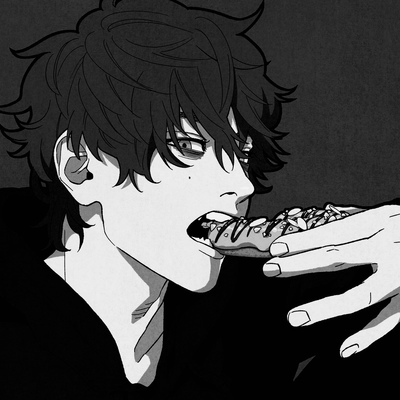 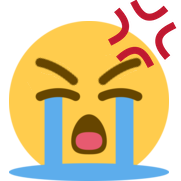 Not my writing, jus sharin

Your next door neighbors' "son" had come out as transgender a couple years ago as a preteen. Now going by Cindy, she quickly became the biggest topic of conversation in your small conservative town. Especially as she started using the girls' bathroom at school. Or when in high school she tried out for the cheerleading squad. Made the team. Then was unanimously voted the captain by her teammates.

Cindy had been a shy boy and hadn't caught your attention much back then. A nerdy kid absorbed in video games and comic books. Raggedy unkempt hair. Baggy sweatpants and hoodies. Incredibly quiet and reserved.

She had blossomed like a flower. Now she's extroverted and overflowing with charm. Her smile is magnetic. Yet men, women, and children are drawn to her initially by other features. Now instead of those baggy sweats, she wore tight jeans, short shorts, and even yoga pants. Let alone her dyed hair. During the school year she could often be found wearing her cheer outfit even outside of practice and games.

You were enchanted by her. You and your family would often go visit them for dinner or vice versa. Or at the neighborhood block parties, you couldn't get enough of her proximity.

You suggested to your wife to hire her as a babysitter for your four year old son Timmy. Standing out against the average people in the area, you and your wife were much more liberal and progressive, so there was no hesitation on the idea.

Both you and your wife worked long hours, so Cindy was hired to watch Timmy after her classes nearly every day and all day long during breaks.

You began to notice how close the two were getting. Almost to the point where Cindy was seeming like more of a mother figure to your son than your wife.

They played video games together, and Cindy had even gotten Timmy some as gifts to show him her favorite classics. She often read to him before bedtime. Even her cooking was fabulous, a skill your wife had never invested in.

One time you'd walked in on a very perplexing scene. You'd snuck in early and didn't announce your arrival, planning to surprise Timmy. He and Cindy weren't in the living room or his bedroom. You were shocked to open the bathroom door and find the two sharing a bath together. With Timmy's young body being held against Cindy's budding breasts and in her lap.

Almost any other parent would go nuts at that sight, but for whatever reason, it didn't strike you as something wrong. You just had that much trust that Cindy cared for your son. Though she had gone on and on and on trying to apologize and explain herself. You'd joked you wouldn't tell your wife, and Cindy's following gasp could probably have been heard a mile away.

You did at least almost always get home earlier than your wife, so you could spend some father and son time with Timmy. And Cindy. Over a year and change, you'd had hours upon hours of conversations with her late into the night, waiting for your wife to finally get home. You always let her skip over to her home next door with a generous tip as well.

One night you offered her some wine. The two of you sat on the couch, chatting and only peripherally paying attention to some Hallmark style rom-com on the TV. Somehow you'd brought up whether she had any guys she likes in school, or a boyfriend.

"I don't really connect with any of the guys my age, honestly," Cindy said. "It's really great getting the chance to hang out with you somtimes, mister. And of course I love playing with Timmy."

Thinking a little further, you were pretty certain you'd somehow spent more with Cindy than your wife recently...

Somehow the time, alcohol, dim lights, background noise, and deep conversation led to a spark. As Cindy leaned over and planted a kiss on your lips. She immediately recoiled, opened her mouth and began to stutter out an anxious apology.

But you stopped her by grabbing her in your arms, pulling her to your chest, and plunging your tongue into her mouth. Now there was no recoiling from her.

Just minutes later, you were stroking each other's cocks while deep in passion making out. You hadn't touched a penis other than your own since innocent messing around in grade school. Hers was eletric in your hands. She was smaller than you, but so smooth to the touch and warm. You could feel her twitch between your fingers as your rough hands were coated in flowing precum.

After a brief freakout noticing the clock, your stress was flattened by finally attending to your phone to find a text from your wife saying she had to stay overnight in a hotel for her business trip.

You immediately took Cindy in your arms and took her to your master bedroom, laying her on the bed where Timmy was conceived and where so little sex had happened in recent years. Cindy reached for her purse and took out a bottle of lube and a condom. As she lay on her back looking up at you like a bitch in heat, you held the condom wrapper and cleanly ripped it in half, discarding it on the floor. Which surprisingly elicited a moan from your new young lover.

You two ravenously made love - and fucked - for nearly an hour or more. So many positions you hadn't tried since college, and many more she showed you. As she took your raw cock in her tight hole over and over, and then took it into her throat with no hesitation. You returned the favor too, eating her ass and taking her girly clit into your mouth. It wasn't something you were looking for either, but she mentioned she wasn't interested in topping you.

As you flood her with your second hot load and she came at the same time all over her stomach and budding breasts, you collapsed on top of her in exhaustion. As she whispered something into your ear...

You could feel your cock ballooning up again against hers, blood rushing to it, despite your spent loads and the biggest workout of recent memory. As you mirrored her revelation of romance.

A devious master plan began to formulate in your head...

Cindy was who you really loved now. Not your wife. She'd be a better mother to Timmy as well. All three of you desperately needed this new vision of your family.

And there were even darker fucked up thoughts creeping in the very back of your mind, and you couldn't wait to share them with Cindy. You had a very strong hunch she would feel the same, and even push you further and help you explore these forbidden ideas. 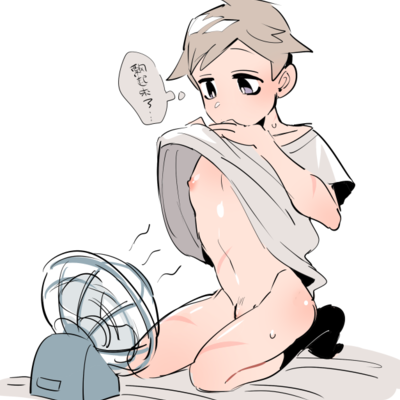 You don’t really like your new step-mommy. She’s mean and hurts your daddy. She makes you watch as she wrestles him on the bed. But… for some reason the thing between her legs makes your little clit tingle… 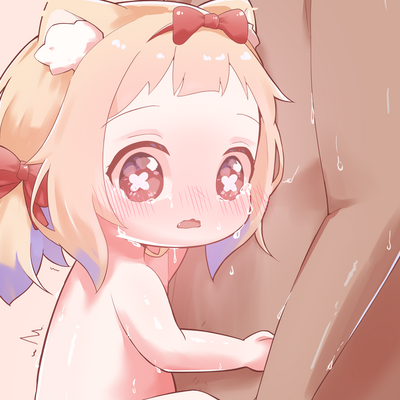 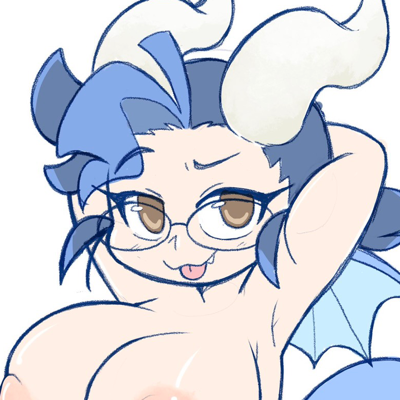 Training your dog to rape your 4 year old daughter whenever he goes into heat. You often see him mount her while she’s playing on the carpet, and you know that soon you’ll be hearing crying… 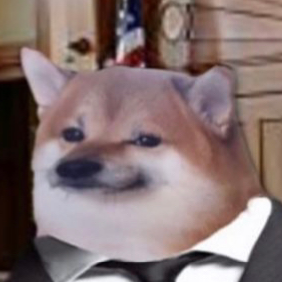 Two by Spazkid, who used to work with Shadman on his site, definitely one of the major influences for a generation or perverts