“If it is the dirty element that gives pleasure to the act of lust, then the dirtier it is, the more pleasurable it is bound to be.”
― Marquis de Sade, The 120 Days of Sodom

I riff off a lot of fantasies that are purely fictitious whilst I touch myself. You may call me Rotten and if you wish to send me a message, be cruel.

Mom and dad still wouldn't be home for several hours and you're bored. You want to play with someone but only your big sister is in the house, and she had her no entry sign up on her bedroom door.

She never played with you anymore, spending all her time in her bedroom without being disturbed. Both she and your parents had warned you against disturbing your sister's "special alone time."

To you it was a mystery as to what she got up to, more so a mystery as to why your parents were so angry when you thought to try and disturb her. When she was in her room, all you could hear through night and day was the thumping of music played loudly. When closer to her door, you could hear her, panting and grunting. Sometimes it sounded like she was screaming.

It upset you to think she was upset and alone at that. With no parents around, now was your chance to finally spend time with your sister. Drawing closer to the door, the music loudened, and through the pounding fast and exciting song you could hear her voice, whispering to herself, whimpering, groaning and huffing.

"Hey!" You call out just as your hand turns the door knob slowly, pushing open the door. "I was wondering if you wanted to play with-" Your speech was cut off as all of your senses were bombarded. The room was a dark tint mix of red and pink, blurring your vision. Your ears were partially deafened by the intense thumping music, and a vile mixed aroma assaulted your nostrils.

As your vision cleared, you looked along the floor to see several wet puddles dotted around the room, colourful toys scattered, as well as tissue paper scrunched up and littering the floor all around. There was your sister on her chair in front of her computer. The computer screen was playing a video.. It was hard for you to understand, but it looked like men and women all naked, it looked like they were hurting eachother, wrestling, they sounded in pain but they were all smiling so much.

"Can't stop... Can't fucking stop..." A frustrated voice, your sister's. Up until now you could only see the back of your head, but as you tried to back out of the room you fell on one of the milky looking puddles. Your sister's face came into view as she looked over her shoulder with some panic, but appeared then at ease as she saw it was you. "Can't... stop..." She'd whisper as she turned on her chair, turning her body towards you with her legs spread. You gulped hard as you looked between her spread legs, her penis standing up straight out from under her little skirt. It looked so red, so swollen and frustrated, just like your sister. It looked wet, covered in the milky mess that dotted around the room. "Need more..." Your sister whispered again as she slowly got up out of her chair. You'd never seen this look on her face before.

As she started to approach you, you struggled to get up on your feet. Just as your turned to dive out the door, you felt her stronger hands gripping on the back of your top, dragging you back inside. You cried out, begged her to let you go. "No... I want to play! Play with me! ♥" She laughed.

Your parents found you naked outside of her room on the floor, curled up and weeping. Your body was covered in the thick, milky cream. it dripped from your mouth, between your legs and from your behind. They didn't seem all that surprised, nor in shock, mostly just disappointed. "You know you can't go in her room when she's like that..." Your mother sighed as she cleaned you up and put you to bed. "Just... let your sister be. She won't hurt you if you do."

In the night you heard footsteps creaking closer to your bedroom door. Your heart raced, tears formed in your eyes as you knew what to expect, knew who it was slowly turning your door handle. You remember what your sister told you right before she pushed you out of her room like a toy she had finished with. "Tonight... Don't lock your door, don't wear your pyjamas, and don't you fucking dare tell mom and dad... We're going to play all night. ♥"

Commission for someone on twit with their momson OCs 🖤

"Freeze! You're under arrest for sexual assault, indecent exposure and ra-..."

Shout out to all my sisters ;)

Nasty confession. My parents have always had a very healthy sex life. When I was younger, I used to enjoy listening in secret. Partly out of arousal, (they're attractive people) but mostly out of happiness to see my parents still loving eachother in that way.

This gif reminds me of that, of some fellow dirty girl listening to her mommy moaning across the hall, imaginging she was there inside her mommy.

If I am bound for damnation then I cannot wait to taste the pleasures of hell.~

"Daddy caught me smoking again... He was furious. ♥"

I wish to narrate from this vile book while I am lovingly molested by a fellow libertine.~

From the 4th day of the 150 Complex Passions:

"THE 4TH. 16. He forces a brother to fuck his sister in his presence, then fucks her afterward; he obliges both to shit before-hand.

17. He forces a father to fuck his daughter after he has himself had her maidenhead.

18. He brings his nine-year-old daughter to the brothel, and while she is held by a procuress, depucelates her. He has had twelve daughters; has had all twelve maidenheads.

19. Must have virgins between the ages of thirty and forty to fuck.

20. He will depucelate no one but nuns, and spends immense sums of money to get them; he fucks several."

I'm not sure how many of you have had the pleasure of reading much of De Sade's works, but 120 Days of Sodom can be an interesting read. It is a literary failure, but has its both amusing, bizarre, disgusting, and arousing parts. Considering how miraculous its survival is, it is worth a read regardless of your perversity or lackthereof.

From the 150 Murderous Passions:

"83. Formerly he loved to fuck very youthful mouths and asses; his later improvement consists in snatching out the heart of a living girl, widening the space that organ occupied, fucking the warm hole, replacing the heart in that pool of blood and fuck, sewing up the wound, and leaving the girl to her fate, without help of any kind. In which case the wait is not long."

Perhaps I'll share more from my reading that catch my attention, for better or worse.~

"It's not rape just because you don't know the safeword, silly. ♥"

Sometimes I still think about how much I fell in love Val from Outlast 2. She's so debauched.~

A lot of other transwomen find the portrayal of transwomen as villains and deviants as offensive. Personally, I just feel represented. c: 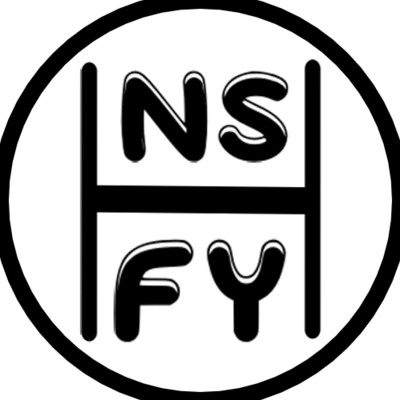 Redo of Healer is awful and also really hot. I'd recommend a read/watch.

Sometimes I think how fun it would be to be a superhero...
Then I remember I'm an evil pervert and would definitely be the most depraved villain.

Getting snacks ready for my sister's sleepover. She told all her friends I make the best chocolate cake. What she doesn't know is the "secret ingredient" I use to make them so tasty. Gives me a rush watching each girl take a bite with smiles on all their faces and my "cream" all over their lips

“If it is the dirty element that gives pleasure to the act of lust, then the dirtier it is, the more pleasurable it is bound to be.”
― Marquis de Sade, The 120 Days of Sodom

I riff off a lot of fantasies that are purely fictitious whilst I touch myself. You may call me Rotten and if you wish to send me a message, be cruel.