bro you want me to use discord??? to talk to a kid???? do you think im stupid or something

Mom may have found a new business.. 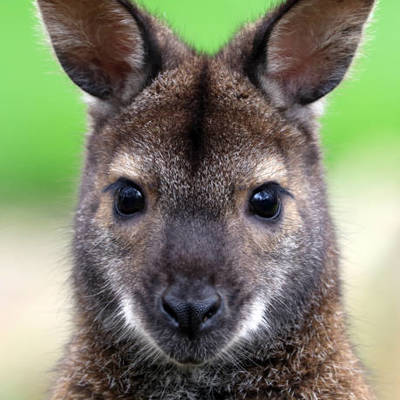 wanna just pierce through adorabat's tiny womb and fuck her guts until she dies then fuck them all back into place through her throat :3

Simbomb @Simbomb@youjo.love
PSA: Session, Wickr, Tox, and Proton Mail/VPN/etc are insecure and should not be used. Instead Matrix should be used, or Signal, once it has usernames. Email is not secure no matter the provider, and networks like Tor should be preferred over VPNs.

MAPs especially should read through this.

Why/How are they insecure? Allow me to explain

Session is an insecure fork of Signal with weaker cryptographic security properties.

Specifically, Session got rid of Forward Secrecy, got rid of Deniability, uses only 128-bit keys instead of industry standard 256-bit, half as strong, and got rid of the self healing/backwards secrecy property that Signal had.

What does all this mean, you may ask?

Forward Secrecy means that, if in the future, aka forward, your device or its keys are compromised, your *past* messages are secure, they cannot be read. This is especially important when *you* deleted past messages, but an attacker, such as the feds, had saved their encrypted form.

Deniability means that its impossible to cryptographically "prove" that you sent or received a message from any specific person. This is an important security property to have, though it should be noted that, depending on jurisdiction, courts may have a much lower standard of "proof".

Using weaker keys is obvious, as it says on the tin. It uses weaker keys for no good reason. As far as anyone publicly knows, this in theory is not a problem, as 128-bit should still be secure, but it's not standard, and is very sus.

Self healing can be thought of as the opposite of Forward Secrecy, aka Backwards Secrecy, Self healing means that if your device or keys were stolen *yesterday*, your messages *today* are still secure.

Session has various justifications for this, none of which I believe hold up to scrutiny.

I, obviously, disagree with their conclusions, and I hope i've convinced you as well.

Wickr is quite literally funded by and working with the CIA.

Additionally, unlike Signal, Session, and Matrix, Wickr is not Open Source. You have no idea what you're running on your device, or what their server does.

Thats all that really needs to be said, isnt it?

Tox is woefully under-specified, is closed sourced, and has known security flaws in its implementation and protocol.

Additionally, as a P2P messenger not routed through Tor, it reveals your IP to everyone you communicate with. DM a fed and they've got you.

Also, in 2015, all their developers left because the founder did some fraud with the organizations money.

Not a trusted platform.

ProtonMail and other tools provided by them such as ProtonVPN are insecure and should not be trusted.

E-mail in general is a fundamentally insecure protocol and you should absolutely not use it for anything requiring privacy or security.

ProtonMail specifically, despite claims in both marketing and their privacy policy of not logging your IP, can and *does* log it without your knowledge or consent on behalf of authorities.

Just this year they handed over the IP addresses of *climate activists* to authorities.

Being in Switzerland does not make it private, safe, or secure.

The above also applies to VPNs, whatever they say to the contrary, they can and *do* log.

You should use a protocol like Tor which effectively makes it *impossible* to log, rather than trusting a server ran by or subject to the "authority" of the feds to "not log, we pinky promise"

And all this brings me to what you should use instead, Matrix, or Signal

Right now, Signal should not be used, as it requires phone numbers, and those are *not* anonymous. Many countries even requiring registering your SIM card with the government before you can use it, making acquiring disposable burner numbers difficult.

Matrix, however, does not have this problem, and is based around the exact same protocol as Signal is.

Groups sometimes have Partial forward secrecy because you can choose to let *room history* be visible, aka past messages, which by definition means you, in the future, are decrypting the past messages. Note that you can simply turn this off, and have Perfect Forward Secrecy again.

All the security problems that Session has, Matrix and Signal do not have.

There are some documented limitations, such as the Partial Forward Secrecy discussed above, but they are minor and don't affect security, but if you're worried you can simply not be in groups.

Matrix can additionally be used on the web, including from within Tor, for added security, such as if you don't trust the homeserver.

Matrix does not require email addresses or other forms of identification to create an account, though some homeservers, notably matrix.org, do. But you can simply use a different one.

Popular choices to use among my friends are asra.gr or midov.pl

Once Signal has usernames, if it ever does, it would also be an acceptable choice, though Matrix would remain a perfectly good choice and does have the added benefits of a better user interface and text formatting.

why are poppers so based

Kitten Bait @KittenBait@hentai.baby
been a bit since I cranked out a #pedo fantasy post soooo